Steven, a person served by Places for People, has so many things to celebrate today, but he has worked hard in order to get to the place where he can say, “I’m going places.”

“Four years ago life was bleak. I was homeless. I remember begging a lot,” Steven says. He transparently states, “at my worst, I was homeless and it was cold and windy. I emptied out a trash can and got inside to get out of the wind.”

Steven talks about how he used to end up in the hospital what seemed like every other day due to his mental health and substance use disorder, but the lack of essential resources certainly impacted his overall health as well. The hospital ended up being where he found out about Places for People (PFP). Knowing that he could benefit from services offered at PFP, he advocated for himself to receive treatment.

As a teenager, Steven had received a diagnosis – one that not many people were always accepting of. Yet, he has fought to not let it define him or keep him from achieving what he wanted to do. Steven went into the navy, went back to school later in life, and built a career centered around technical support for computers. When one door would close, he would always find a way to open another. He is resilient!

Steven’s health wavered over time, but it was a few years ago that he decided that enough was enough and that he wanted to seek support that would help him with long term stability. He openly talks about how he never expected to live this long, but that he has continued to beat the odds by working diligently on improving his health. He talks highly of the psychiatrist and nurse that he gets to see, and all of the PFP staff members that are in recovery that have served as great role models, resources, and supporters along his journey.

Steven is proud of several major turning points over these past few years. Three years ago PFP helped him get access to permanent housing, which is now something exceptionally meaningful to him now that he is retired. His face lights up when he talks about how he pays rent and has his own private space. He reminisces on what it’s like to walk into his kitchen and how he made some delicious chicken wings the other day. Steven describes all of the wonderful features he now has access to, like a big kitchen sink, refrigerator, stove, and table. What a difference that makes in preparing your favorite meal!

Two years ago was another major turning point for him when he decided to begin his recovery journey. After years of trying out various drugs and alcohol made available to him, he decided it was time to quit. The first week was not easy for him, but then he was overcome by a sense of empowerment once he made it through. “I broke the chains – chains of addiction,” Steven boldly states. “I’m proud of the fact that I stayed clean for two years. They are throwing a little get together for me. It’s a big deal,” he says. Recovery certainly is something to celebrate!

When Steven thinks of how far he has come and where he is now, he seemed surprise to hear the words come out of his mouth when he realized that he is at his peak. His goals include staying on his recovery journey and staying out of the hospital, as well as finding ways to lend a helping hand to others that may be going through some of the things he has gone through. He speaks about recommending Places for People to others and wanting others to realize that there is hope.

Just like Steven used to see our staff members in recovery as a role model, he now serves as a role model himself. Congratulations Steven! PFP is so proud of you! 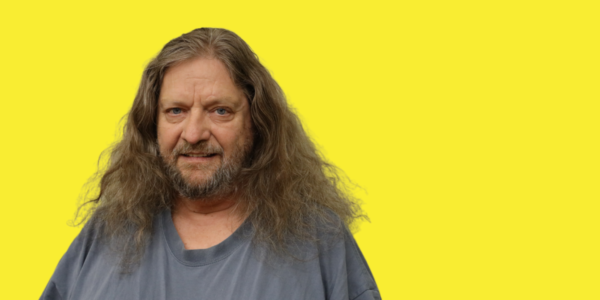 I'm happy to be where I'm at. I'm clean. I'm sober. I make sense when I talk. People listen to me. If I have anything that I need help with, there's an abundance of people right here that can help you out. Places is the best place I've ever had any help from.